My high school French teacher was the most glamorous, passionate, unsparing, and intense person I've ever known (and I realize now has been the template for a lot of how I try to be in the world).
Among the things I remember about her:
That last bit from her prompted my lil teen self to start considering dreams seriously. And this ended up intertwining with my burgeoning love for film, which for a lot of devotees can feel like entering a dream-like trance. Not to mention all of the fantastic films that have been constructed from filmmakers' dreams. My favorite being Akira Kurosawa's last movie before his death: Dreams

This morning, I came across this in my Twitter Timeline: 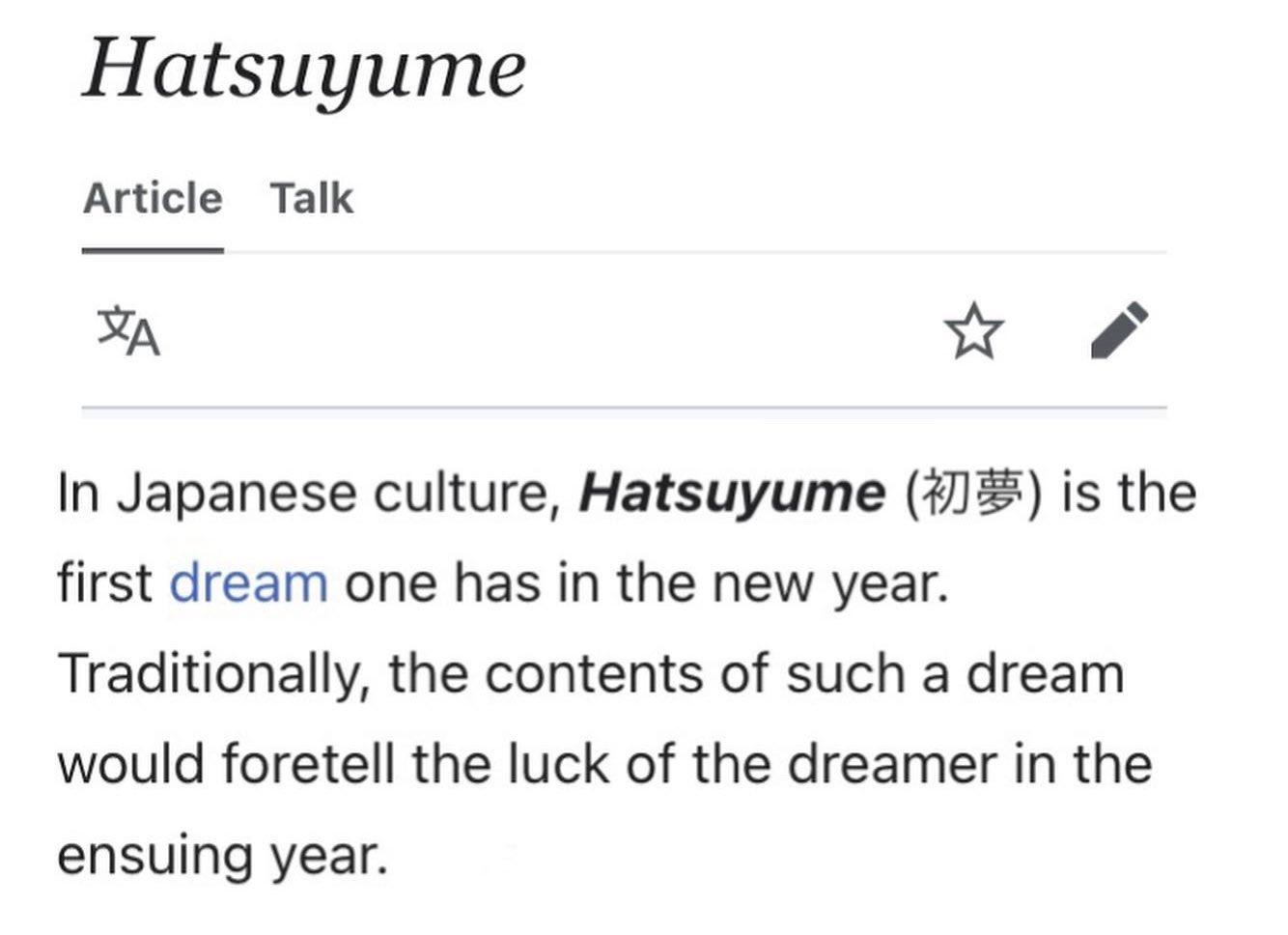 I had a dream last night that a parking lot was built adjoining to my apartment. My landlord had made my apartment publicly accessible as a walkway to the parking lot, and strangers were walking through my home at all hours. I tried contacting the landlord, I tried rallying support around my cause, but nothing could be done. At one point, members of my family were in my room looking around at my personal effects and making judgments and coming to conclusions about me. Luckily, in my dream, I had a second locked room that no one else could access.

If this was indeed my Hatsuyume, it looks like I have some grappling with Boundaries, Respect, Personal Space coming up. Not sure what it means luck-wise though, there was no Mt. Fuji, there were no hawks or eggplants 😐.

BONUS: Dreams are messages from the deep